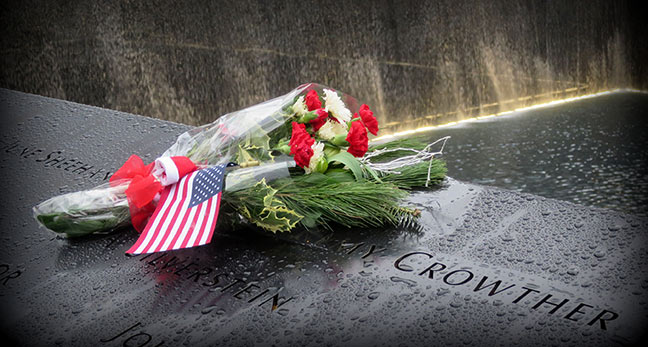 In an effort to heal from their devastating loss, and to bring good to the world to overcome the evil that had taken their son, Alison Crowther, violinist and mother of Welles, and the Crowther family organize an annual Concert of Remembrance, 9/11 with the very generous help of friends in the world of professional music.
The concert is given in memory of all of the victims and heroes of the attacks against our country on September 11, 2001. The Concert for Remembrance 9/11 Orchestra is composed of professional musicians from orchestras in the Greater NY/NJ Metropolitan area and gifted students who all volunteer their time for this concert.
There is no charge for admission, and the public is warmly invited. Donations to the support the work of the Trust that benefits young people are gratefully accepted.

Resolution
{world premier of a quiet and reflective piece composed to remember especially all of the victims of September 11th}
Jeremy Wall ( b. 1952 ), founding member of Spyro Gyra
and a Grammy Award nominee on numerous occasions
Jeremy Wall, piano      Holly Druckman, conductor